All Posts in Category: Activities and Trips 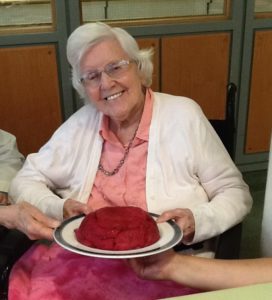 “It was lovely to welcome the ladies from Bridgemead on Wednesday.  It’s so rewarding to share the farm’s beauty, and my love of chickens, with others, and to watch how much pleasure simple things like smoothing the silky feathers or admiring the beady-eyed looks of our friendly birds can bring.  Irene summed it up for me when she said to Wingco, our one-winged cockerel, ‘I didn’t think it was possible to like a chicken, but you really are quite sweet.’ “ 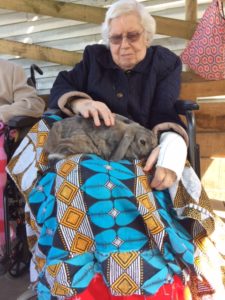 Thank you to Anne Allen at Wellow Trekking Centre for bringing her Shetland Pony, Little Bee, to visit us – much petted by all!

Anne said: ” It was great to see everyone’s reaction to Little Bee.  The residents liked her and she brought back some good memories of New Forest ponies, and breeding horses in Ireland. We always enjoy our visits here.”

Five residents went out to Bath Soft Cheese Company in Kelston on Thursday 10th May. Grateful thanks to Hugh Padfield and Ellie Watts who organised the visit and made a huge effort to arrange access for us when disabled access is difficult.

Sheila, Julie, Edward, Christine and James enjoyed the artisan cheese tasting, the ripening rooms and the cafe. Julie told the organisers about her triumphs of a triple win at the Cheese Roll in Cooper’s Hill, Gloucester in 1940’s. She explained that the cheeses had to be made of wood because of shortages and she described her winning technique.

Ellie from Bath Soft Cheese said: ” It was great to invite people who would not normally come to visit us and to reach out to this part of the community. They responded really well; we discussed how Camembert was born about the same time as Bath Soft Cheese in the early eighteenth century and there was a cross fertilisation of ideas and trade. The visit felt like a real conversation rather than just a talk.”

Michelle who organised the trip said: “We all had a brilliant time and the cheeses were marvelous!” 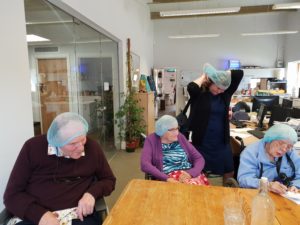 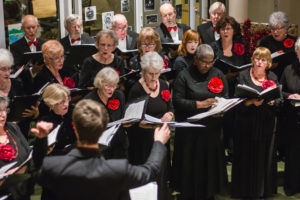 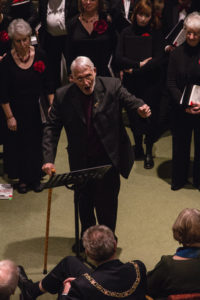 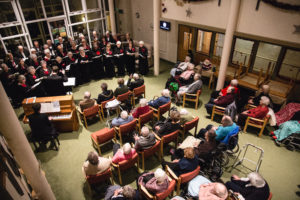 She says: “It was a happy afternoon with a number of new faces there. I spoke to Philip, the vicar of St Stephen’s Church who was there with his two children. He had been visiting his Father-in-law. Weston Village Townswomen’s Guild has Bridgemead as their 2018 charity so many of our members were present; and one was lucky enough to win the hamper! ”

The raffle was very popular and there was a  wonderful selection of crafts on display. Two tombolas tempted many visitors and as always the cake and book stalls were crowded. Pam was kept very busy serving the refreshments and the delicious mince pies cooked by Bridgemead were greatly enjoyed by all.

Una says: “What pleased me most was the wonderful team spirit which prevailed throughout, all the helpers were great!”

All welcome to Bridgemead Christmas Fayre on Saturday 2nd December at 2.30pm. We have stalls offering:

This festive event will take place at Bridgemead, and we look forward to seeing everyone there! 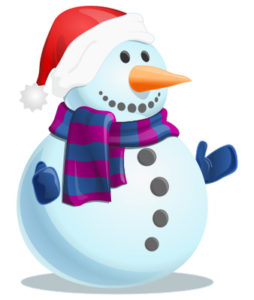 “What a wonderful time we had meeting some of your residents yesterday, the children have talked of nothing else, and I have had such lovely e-mails from some of the parents this morning saying that their children told them all about it. Such a great result, I really hope that our visitors enjoyed themselves as much as we did welcoming them.”

Pam, Michelle and Dena are trying to arrange a regular activities afternoon where the children come to Bridgemead, rather than taking residents to the Pre-School, but the sticking point at the moment is affordable transport. They are investigating how to achieve this, as Dena says: “I am even more determined to make this work after seeing how happy our new friends looked as they played, it has given me a huge warm glow inside!”

If anyone can help or has any ideas please contact Pam. 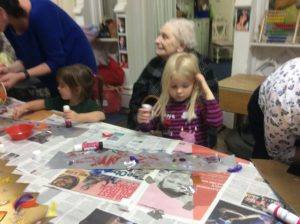 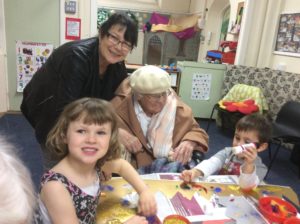 Read More
Oct 15 0
Murder Mystery Evening, organised by Friends of Bridgemead will take place on Friday 27 October at 7pm at the ‘Longs Arms’, South Wraxall.
Tickets are available from Rosemary at Bridgemead reception at £25 for a delicious three course meal and entertainment where the plot thickens….

Many thanks to Rob and Liz for hosting.

Lauren from Golden Toes got everybody moving with a tropical themed seated dance class this week. Everyone had a go at the samba, flamenco and hula dance and Bridgemead was dancing! Lauren said “Everyone performed beautifully and it was a great pleasure to dance with and for everyone.” 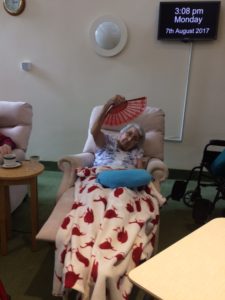 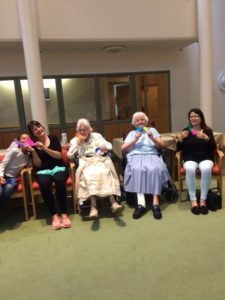