Nov 08 Comments Off on Murder Mystery solved and raised over £1000!

Una McCullough, Chair of Bridgemead Friends, says “The Murder Mystery evening at  Long’s Arms at South Wraxall was a great success. There were  45 guests and nearly all of the guests, or suspects, dressed up so they could be questioned and the murder solved. I think the Elvis impersonator, Mr Lee Hayward, was great, even down to a convincing drawl.

The Mystery was set mostly in Atlantic City, outside a Casino, and the murderer was revealed at the end of the meal.

The food was delicious – a lovely three course meal which was cooked, served and very generously donated by Rob and Liz of the Long’s Arms. They allowed us to use their pub  free of charge, whilst donating the whole evening to Bridgemead – we are very grateful. Many thanks to Pam and Bev who organised the whole event.” 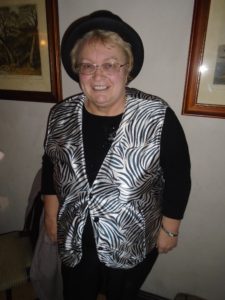 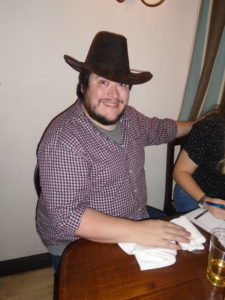 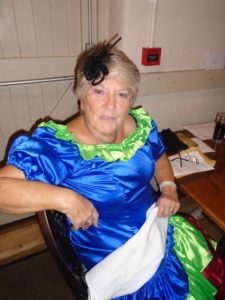